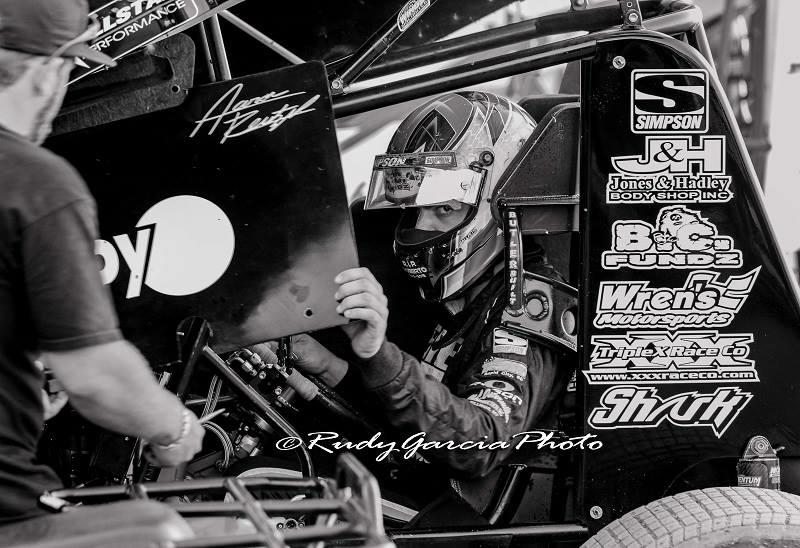 Reutzel Closes out Season at Cocopah

Lonnie Wheatley, CLUTE, Texas (November 9, 2017) – It all began at Florida in February. Now, a quick nine months later, Aaron Reutzel and the Dissolvalloy Downhole Revolution/BC Fundz No. 87 Triple-X Sprint Car team will finish out the 2017 season with a three-day weekend in far southwest Arizona.

And it’s a place that Reutzel has found to his liking in the past.

Reutzel topped last year’s season finale at Cocopah. He also enjoyed his first 410-ci Sprint Car win at Cocopah at the outset of the 2015 season.

“We always have good speed there,” the driver of the Nattress Construction/Wings Unlimited machine said.

Reutzel enters the Cocopah weekend coming off a Devil’s Bowl Winter Nationals triumph that ran his season total to seven wins among more than 40 overall top-tens in another stellar season for the Clue, TX, racer.

As always in ASCS competition, heat race success in this weekend's Cocopah triple will be paramount. “Hopefully we can get through our heat in good shape and go from there,” Reutzel comments. “As long as we don’t get buried too far back, we usually have good enough speed at Cocopah to finish strong.”

In a season that has included nearly 80 race nights for the driver of the Wright Way Logistics/Walker Performance entry, another victory lane trip or two would be the ideal way to transition into a quick off-season.