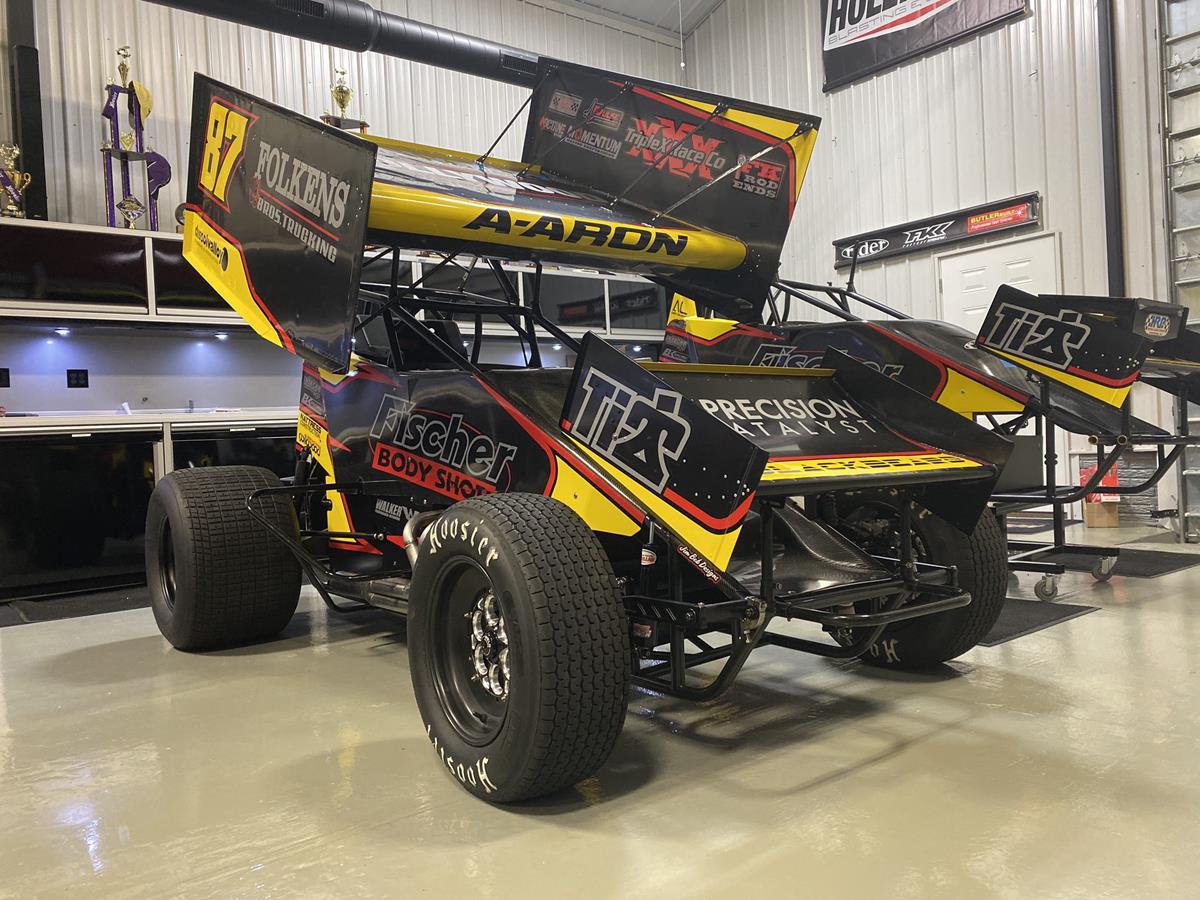 Lonnie Wheatley, CLUTE, Texas (February 3, 2020) – The “off-season” has been a brief one if not non-existent for Aaron Reutzel.

After racking up the nation’s best 18 feature wins and a second consecutive All Star Circuit of Champions title in 2019, Reutzel and the Baughman-Reutzel Motorsports No. 87 Sprint Car team are ready to fire off the 2020 season with ten nights of competition in Florida.

It all begins with the DIRTcar Nationals at Barberville, beginning on Wednesday night with two nights of All Star competition and then the opening three nights of the World of Outlaws season Friday, Saturday and Sunday.

From there, All Star competition resumes at East Bay Raceway Park near Tampa on Monday and Tuesday (February 10-11) followed by the “King of 360’s Nationals” at East Bay on February 13-15.

Following on the heels of a whirlwind Australian visit that netted his first win “Down Under” and then charging into his first Chili Bowl Nationals championship feature event, Reutzel has leaned on crew members Dylan Buswell and Jason Tetrault to assure the Folkens Brothers Trucking/Dissolvalloy Downhole Revolution Triple-X Sprint Car is ready for Florida competition.

“I’ve been there working on the cars as much as I can, but with all the racing we’ve been doing I haven’t been able to be there for all of it,” Reutzel comments. “I’m fortunate to have JimBob and Dylan, they can put cars together better than anyone so I know we’re ready to go.”

While the Florida events don’t count towards All Star Circuit of Champions points, Reutzel and the Precision Catalyst/Hollywood Blasting & Coating/Beard Equipment team have their sights set on a third consecutive series title while taking in a major portion of the World of Outlaws Sprint Car schedule along the way in 2020.

And the Clute, TX, native knows what it will take to win a third series title.

“We still have a lot of things we can clean up,” Reutzel explains. “We have to keep our speed consistently and clean up the DNF’s. Some of those were out of our control, but there are others that we can eliminate such as driver error and parts failure. There is some really strong competition with the All Stars this year, so we have to cut down on those nights to win another championship.”

Additional World of Outlaws triumphs are also among the goals for the Nattress Construction/Momentum Racing Suspension team.

“We have been fortunate to get a couple of Outlaw wins the last couple of years and been close to some others,” Reutzel comments. “Those wins are so tough to come by; you have to be on your game to have a chance and then take advantage of those opportunities. We’re hoping to get at least a couple more of those this year.”

After finishing out a banner 2019 campaign in the United States, Reutzel joined forces with the Saller Motorsports No. USA56 Triple-X for the Ultimate Sydney Speedway at Australia’s Valvoline Raceway where he posted finishes of sixth or better in five of six events including a pair of runner-up finishes and scored a World Series Sprintcar win at Toowoomba’s Hi-Tec Oil Speedway during some down time on January 5.

“Overall it was really good. The first night was kind of a just feeling things out, then after that we were contending for the win every night,” Reutzel said of his first Australian adventure. “It was a really cool family that I drove for and they made it a lot of fun, I really look forward to getting back there next year.”

Reutzel returned stateside and led the Monday night Chili Bowl Midget Nationals opener on Monday, January 13, only to get collected in a crash. Reutzel rallied back through the field to claim third in the preliminary and then was on the move in the championship feature event on Saturday, January 18, before an incident cut the weekend short aboard the Tucker-Boat Motorsports No. 84 entry.

“Chad (Boat) did a great job of changing things up for me, it was the first time I felt really comfortable racing in a Midget,” Reutzel commented. “The car was so good, I had a lot left when I got crashed leading on Monday. Then on Saturday, we got going really well after 20 laps or so and were moving up before we threw one slider that got us caught up and ended the race. It was fun to drive a car that felt that good.”

After climbing to the 410-ci Sprint Car ranks full-time for the first time in 2018 and capturing the All Star Circuit of Champions title in his rookie campaign, Reutzel made an indelible mark on the 410-ci scene with a monster 2019 campaign that netted another crown, 18 wins and a second consecutive top-five finish at the Knoxville Nationals.

Reutzel and the Baughman-Reutzel Motorsports No. 87 Sprint Car team look to build upon the past two years beginning on Wednesday night at Volusia Speedway Park.

Next Up: DIRTcar Nationals at Volusia Speedway Park (All Star Circuit of Champions on February 5-6, World of Outlaws Sprint Cars on February 7-9). 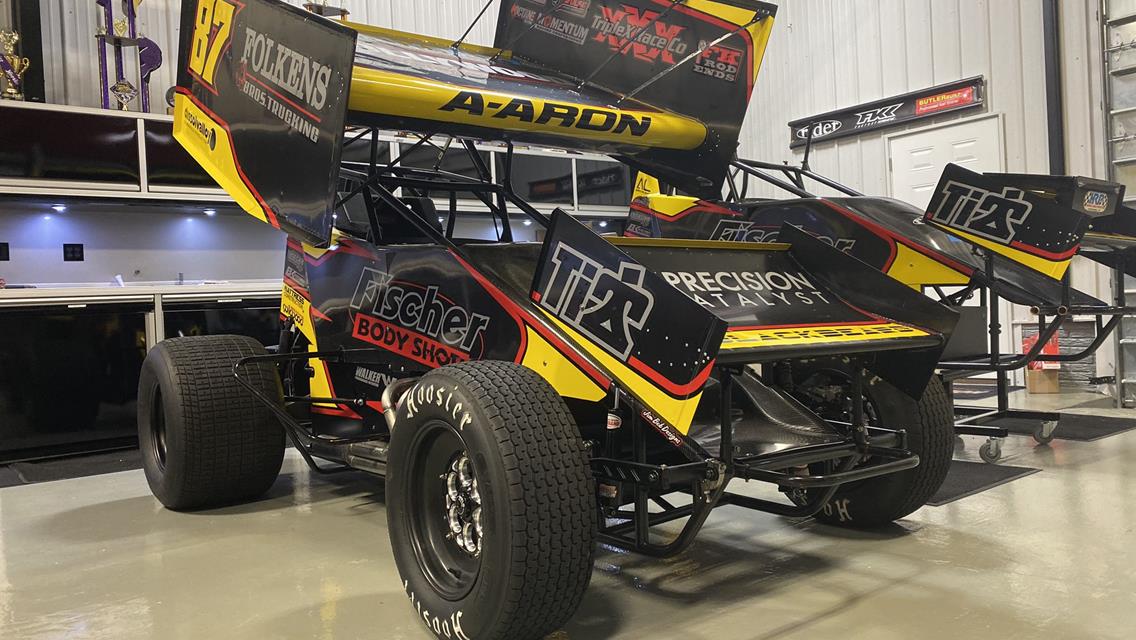 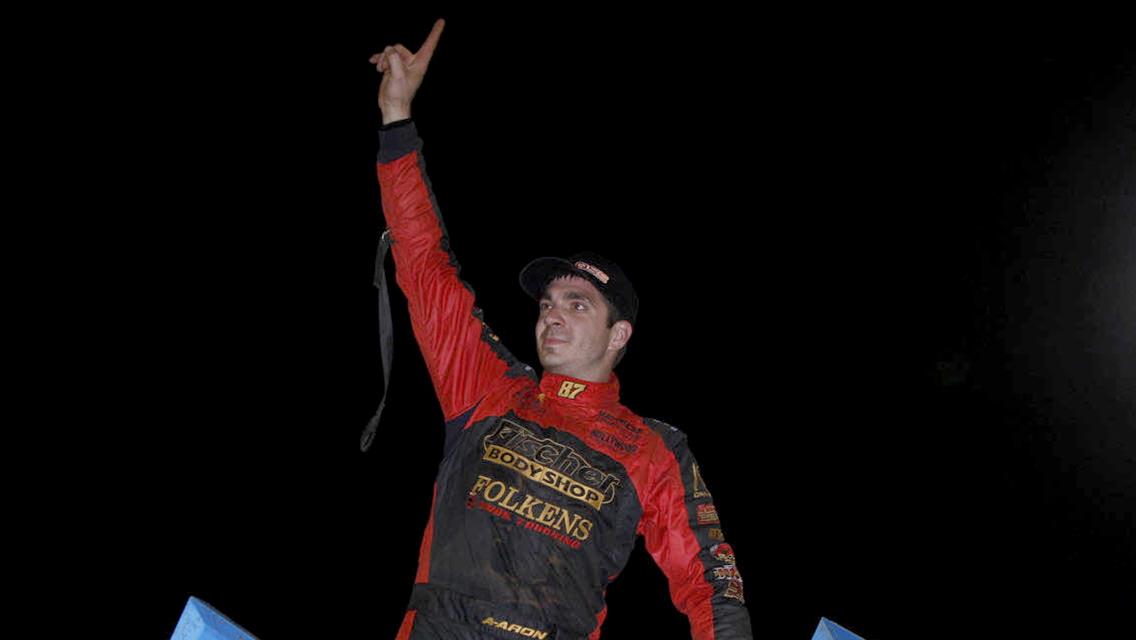 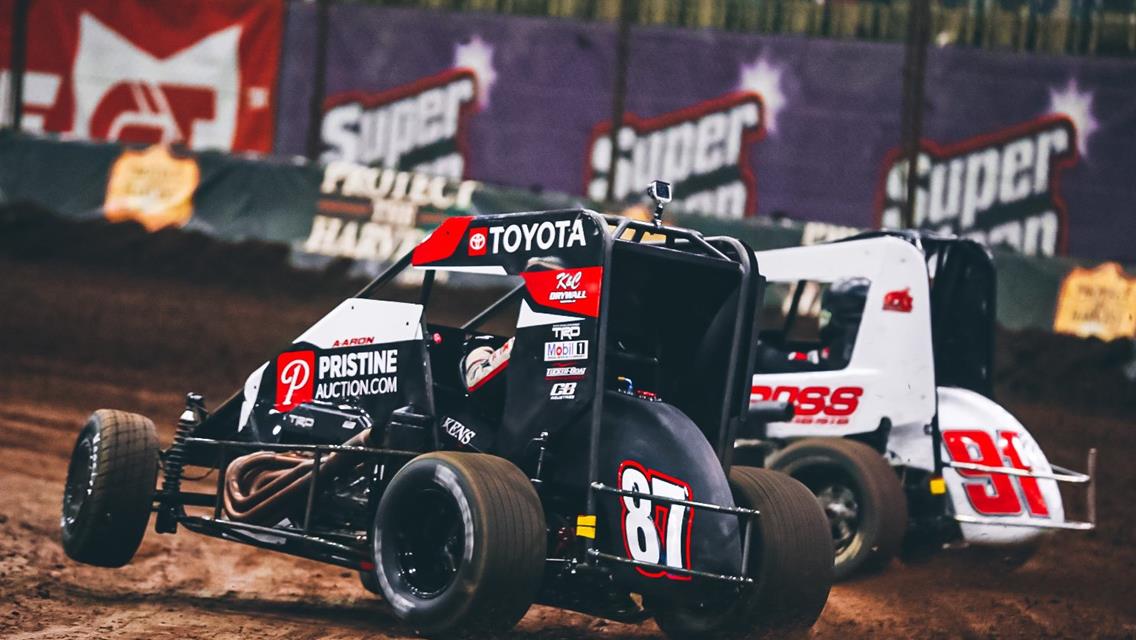