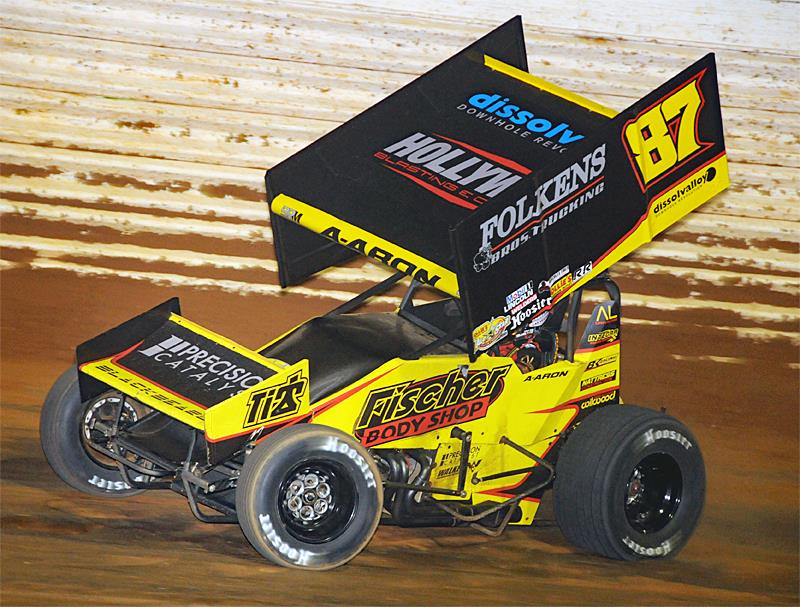 While the Precision Catalyst/Hollywood Blasting & Coating/Beard Equipment machine showed excellent speed each night, the final results didn’t reflect what could have been.

“It was a tough one, we just never could get things going right,” Reutzel said of the weekend.

Reutzel opened the three-race set atop the ½-mile Port Royal Speedway clay oval by timing in fourth quickest on Thursday night and then earned the sixth starting position for the feature after the Dash. Reutzel held steady and raced to a sixth-place finish for the night.

“That wasn’t typical Port Royal at all, it was heavy and fast all night,” Reutzel said.

Reutzel timed in 12th during Friday’s qualifying and then earned a Dash position by winning his heat race aboard the Nattress Construction/Momentum Racing Suspension entry. After starting seventh, Reutzel finished the night out in 15th.

“We made some changes and went the wrong way with them,” Reutzel surmises.

The reigning All Star Circuit of Champions titlist and current points leader entered Saturday seeking to defend his Tuscarora 50 championship in the $53,000-to-win event.

But timing in sixth-quick among his group aboard the Fischer Body Shop machine put him in a difficult position from the outset.

“Starting third in a heat makes it tough, we finished third and that put us starting a few rows back in the feature,” Reutzel recalls.

Reutzel made gains in the early going, but a late run-in with the wall exiting turn two relegated him to a 21st place finish.

“We got up there a little bit, but we didn’t make the right changes at the midway stop and then I basically crashed myself trying to make something happen,” Reutzel wraps up.