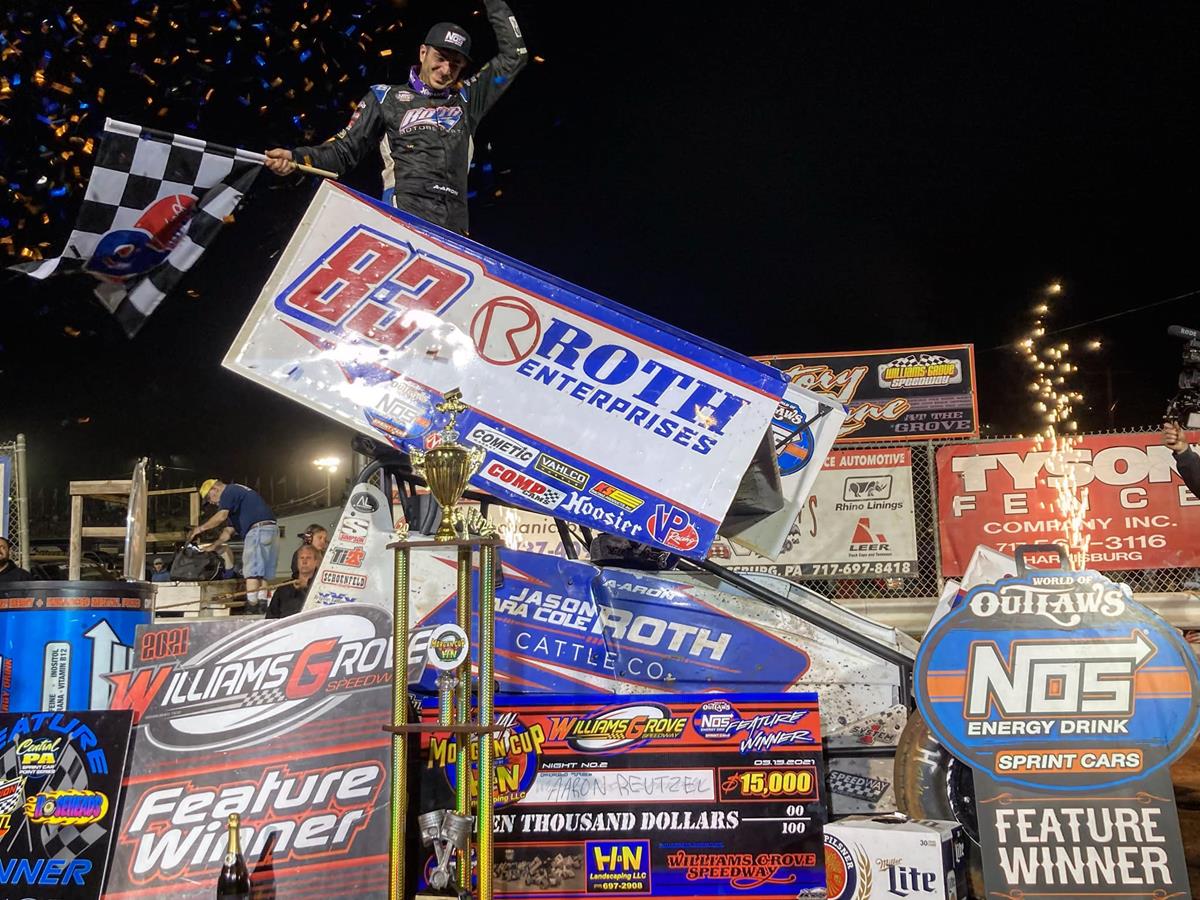 Reutzel Rolls on to Bridgeport after Morgan Cup Triumph!

Lonnie Wheatley, CLUTE, Texas (May 18, 2021) – There is little time to revel in a $15,000 World of Outlaws “Morgan Cup” triumph at central Pennsylvania’s Williams Grove Speedway for Aaron Reutzel and the Roth Motorsports No. 83 Sprint Car team.

After picking off his second World of Outlaws win of the season and third overall, Reutzel and crew are back in action on Tuesday night at New Jersey’s Bridgeport Motorsports Park.

“It will be a new one for me, I’ve never seen the place,” Reutzel says.

From there, World of Outlaws action for Reutzel will continue at a pair of Ohio speed plants at Attica Raceway Park on Friday and then Sharon Speedway on Saturday, both a pair of venues that Reutzel has become familiar with in the process of reeling off All Star Circuit of Champions titles over the past three years.

Saturday night’s drive to victory lane capped off three nights of top ten runs in Posse territory after a ninth-place showing at Lincoln Speedway on Wednesday night and then a fifth-place run in Friday’s “Morgan Cup” preliminary at Williams Grove Speedway.

Reutzel saved the best for Saturday’s big-money race at the storied half-mile oval, timing in seventh amongst his group and then making a heroic opening lap move from fourth to take command in his heat race.

The Clute, TX, native drew the pole for the Dash and capitalized by taking the win and went on to lead all 30 laps of the feature in commanding fashion.

With the triumph, Reutzel continues to lead the way in World of Outlaws “Rookie of the Year” standings and has climbed to fourth in overall points.

“I know that we can qualify well, we have a chance to win on any night,” Reutzel states.

Reutzel and the Roth Motorsports No. 83 team will try to continue that trend on Tuesday at Bridgeport and then Friday and Saturday in Ohio.

Next Up: World of Outlaws Sprint Cars at Bridgeport Motorsports Park (Swedesboro, NJ) on Tuesday, Attica (OH) Raceway Park on Friday and Sharon Speedway (Hartford, OH) on Saturday. Those unable to attend can watch all the action live on www.dirtvision.com.