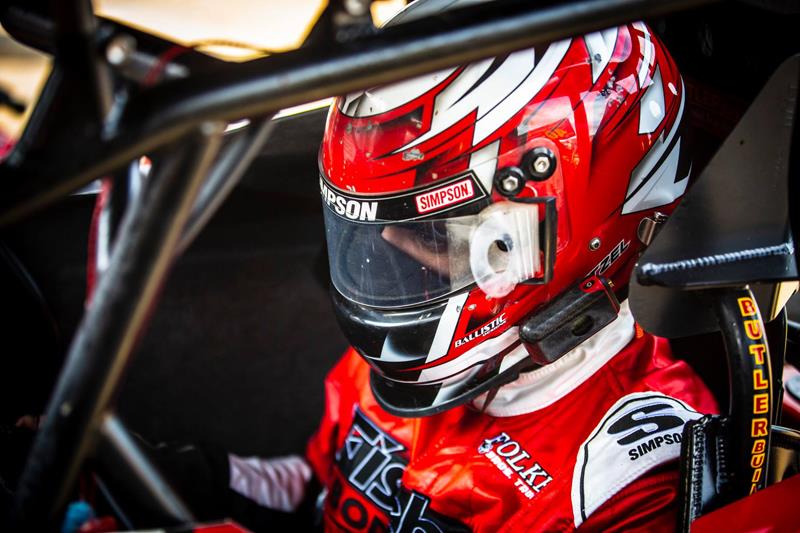 Lonnie Wheatley, CLUTE, Texas (April 25, 2019) – After a dazzling run through the field to capture a second-place finish in Saturday night’s Knoxville Raceway season opener, Aaron Reutzel and the Baughman-Reutzel Motorsports No. 87 Sprint Car team get back to the business of defending the All Star Circuit of Champions title with a pair of events in Ohio this weekend.

Reutzel will round out the weekend by taking in Sunday’s World of Outlaws card at Illinois’ Jacksonville Speedway on Sunday night aboard teammate Josh Baughman’s No. 17 Sprint Car.

And the team made the most of it, rallying through the feature field from the 12th starting position to capture runner-up honors in the 20-lapper aboard the Precision Catalyst/Hollywood Blasting & Coating/Beard Equipment machine.

“We were really good,” Reutzel summed up of the night. “It was good to get some laps in at Knoxville, we’re really looking forward to the Nationals now.”

Reutzel started the night by timing in ninth among the field of 33.

“We tried out something that we had been wanting to try, and it was no good,” Reutzel explains.

Reutzel then made his way to the feature with a fifth-place heat race finish. “We weren’t too bad, I just got off to a bad start. Then it jumped out of gear, but that rebunched the field and gave us a chance to get going.”

Gridding the feature field outside the sixth row, Reutzel wasted little time slicing through the field aboard the Nattress Construction/Momentum Racing Suspensions entry. He made it all the way to second but ran out of laps to run down eventual race winner Brian Brown.

With his sixth top-five of the season and fifth in a row in the books including a World of Outlaws score in California, Reutzel looks to add some notches to the win column in Ohio and Illinois this weekend.

For those unable to attend, the Friday and Saturday All Star events are available via PPP at www.speedshifttv.com while Sunday’s World of Outlaws card is available PPV at www.dirtvision.com.