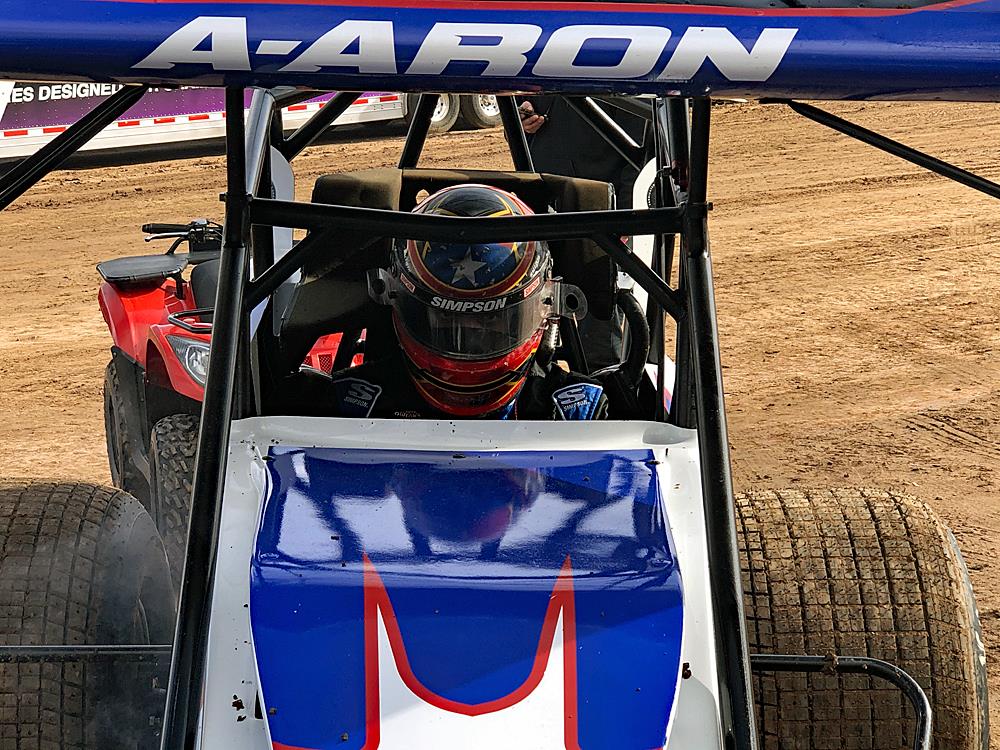 But if last weekend’s Wild Wing Shootout at San Tan Valley’s Arizona Speedway is any indication, the three-time and reigning All Star Circuit of Champions titlist will be a force to be reckoned with as he embarks upon his initial World of Outlaws season at next week’s DIRTCar Nationals at Florida’s Volusia Park Speedway.

Reutzel and the Roth Motorsports No. 83 Sprint Car team get one more weekend of dialing it in with the All Stars opening pair of events at Georgia’s Screven Motor Speedway on Friday and Saturday.

After three top-tens in Arizona, this weekend marks Reutzel’s first appearance at the Georgia clay oval.

“We still have a few things we need to work on,” Reutzel explains. “We were good early each night in Arizona, we just have to make a few adjustments with a full fuel load.”

Reutzel and the Roth Motorsports team were indeed fast at the “Wild Wing Shootout”, timing in third-quickest in the Friday opener and then second-quickest each of the next two days and just one-thousandth of a second off of Sunday’s quick time.

“I can’t thank Dennis and Teresa enough, they have given us a great opportunity and everything we need to go to the track and be successful,” Reutzel comments. “We’ve changed engines, but everything else with the car is the same that I’ve been running, so I feel right at home with the car.”

Reutzel raced his way into the redraw during all three Wild Wing Shootout nights, drawing the front row outside on Friday before pulling the third row outside on both Saturday and Sunday.

Reutzel contended in each event, posting a fourth-place finish on Friday night before finishes of seventh on Saturday and eighth on Sunday.

“We were good early, but struggled some at the end,” Reutzel sums up. “That’s something we’ll work on this weekend.”

Reutzel’s first full weekend aboard the Roth Motorsports No. 83 Sprint Car came on the heels of another strong Chili Bowl Nationals outing aboard the Chad Boat Industries No. 87 Midget with the Texas native turning in an eighth-place preliminary outing on Friday, January 15, to lock into a Saturday night “B” Main among the 309-car field. A flat right front tire ended his run for a second consecutive Chili Bowl main event start.

“Chad gave me a great car again, I was just hoping to catch a caution so we could change that tire but it didn’t work out,” Reutzel says.

Reutzel gets another weekend of getting the Roth Motorsports No. 83 dialed in at this weekend’s All Star Circuit of Champions events in Georgia.

Next Up: All Star Circuit of Champions at Screven Motor Speedway in Sylvania on Friday and Saturday. Those unable to attend can watch live on www.floracing.com.